Our Vision : TO BE A LEADING ADVOCATE FOR THE PRESERVATION OF ANGUILLA’S RICH ARCHAEOLOGICAL AND HISTORICAL HERITAGE 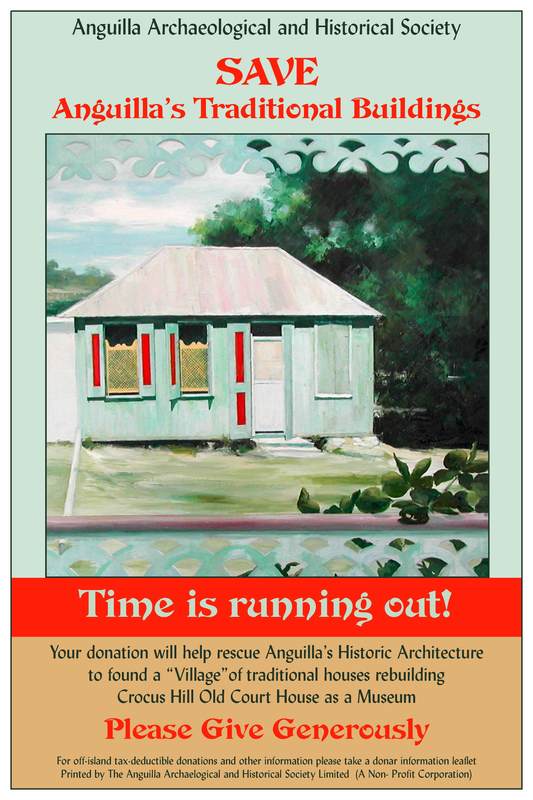 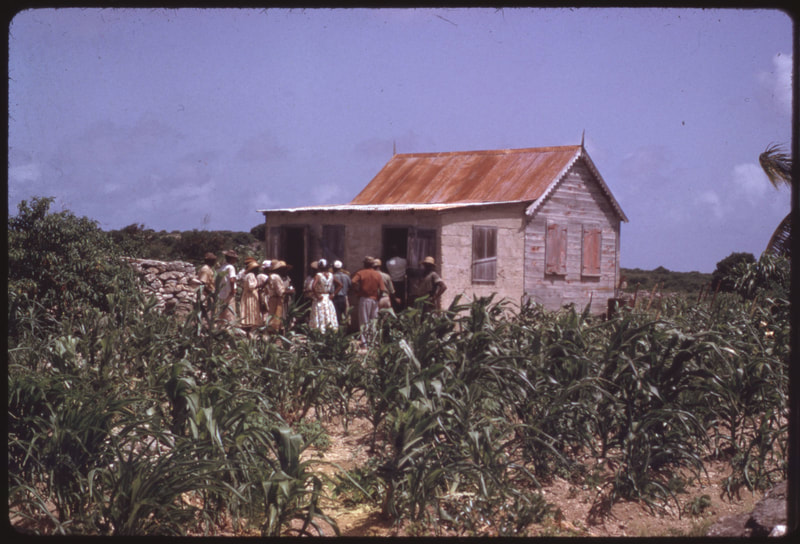 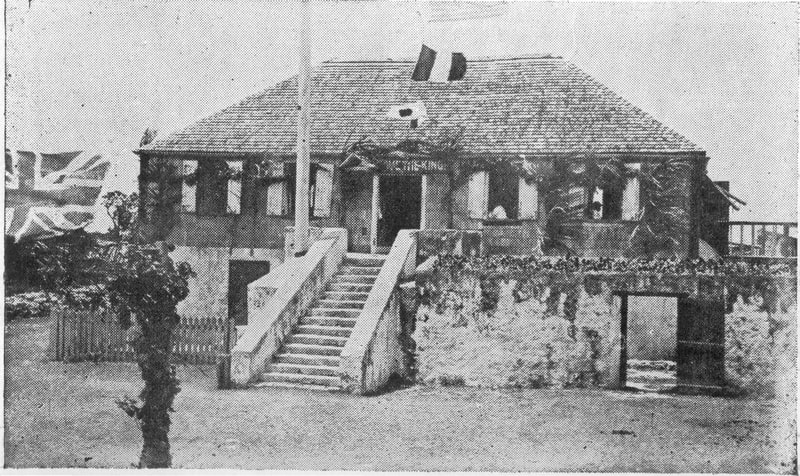 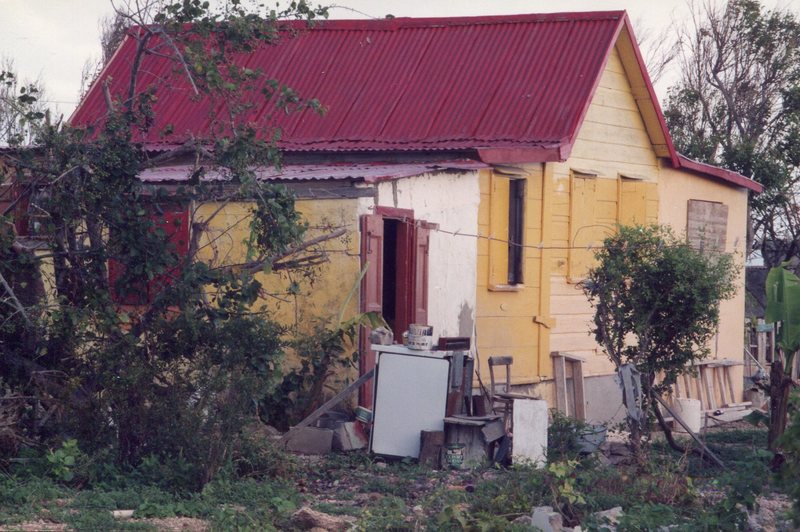 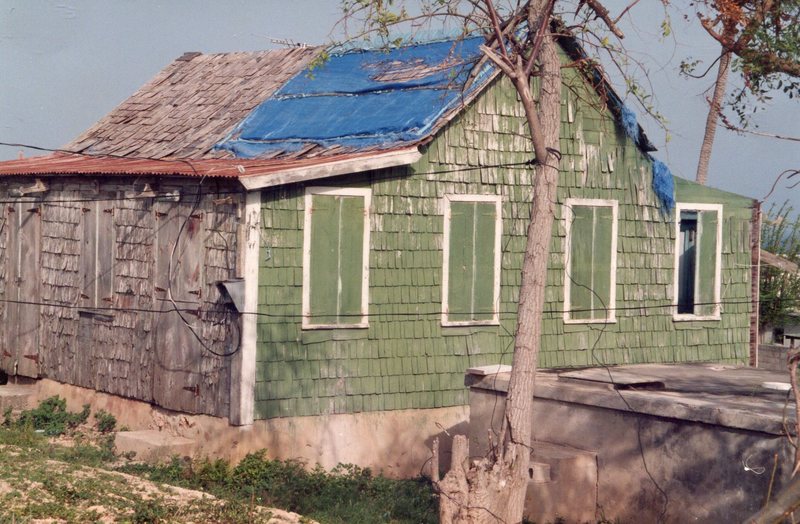 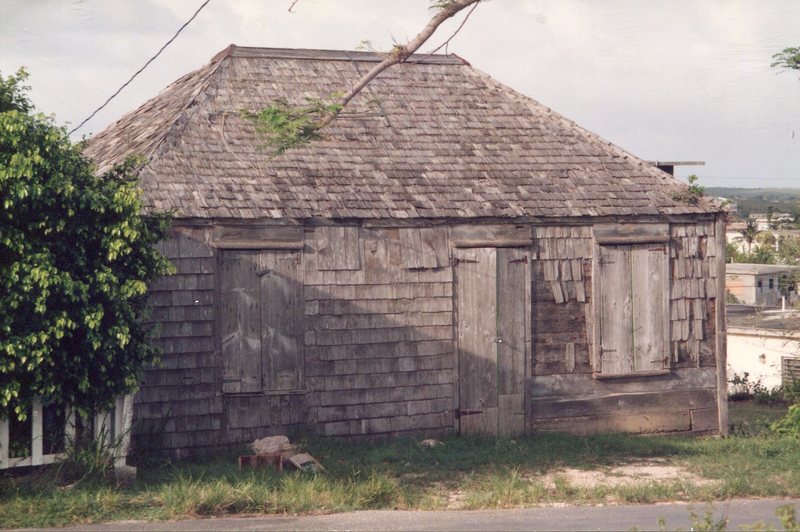 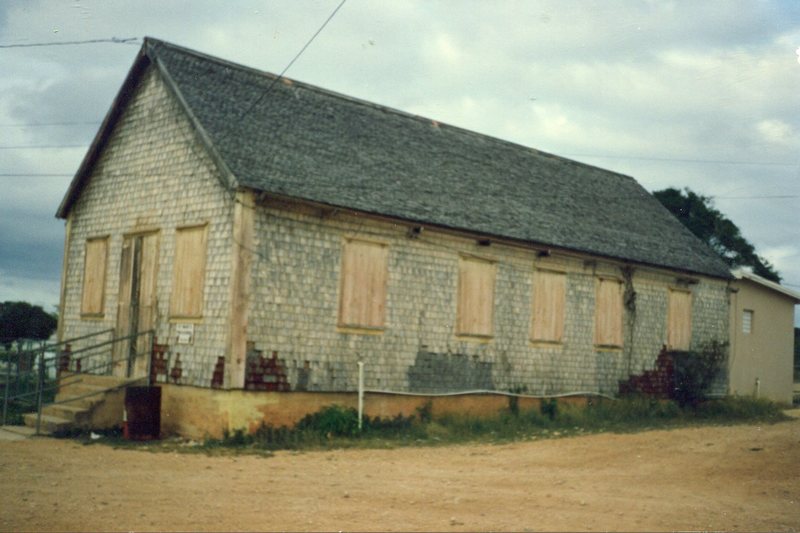 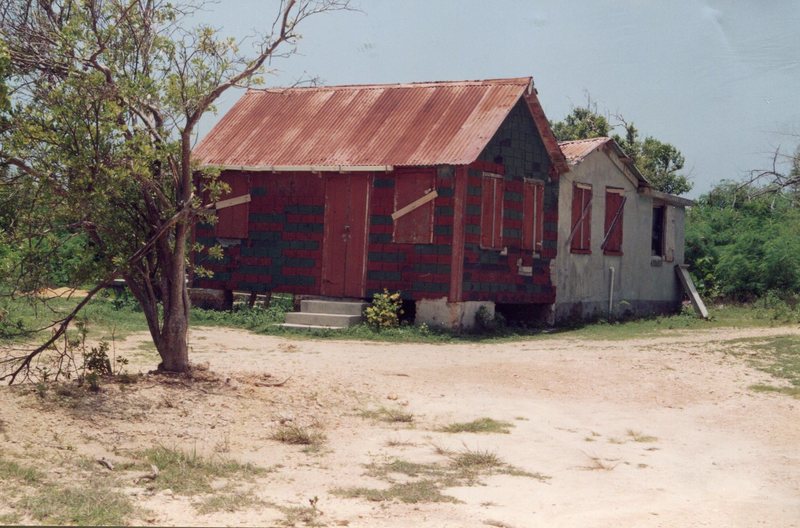 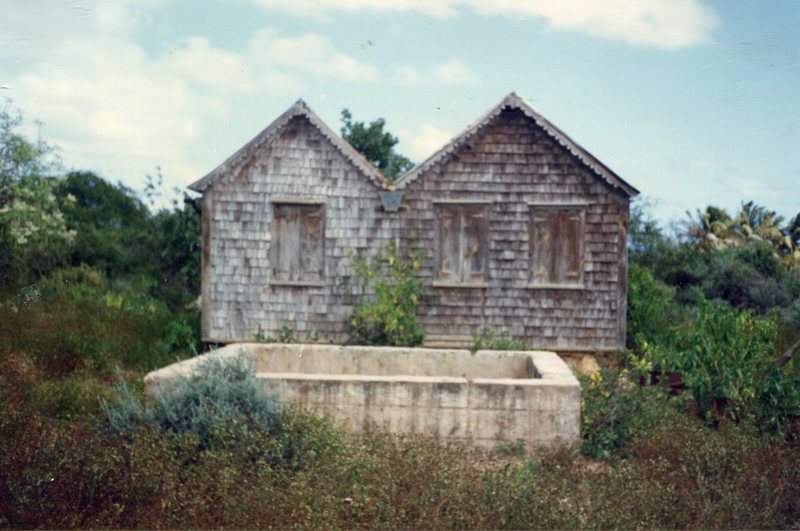 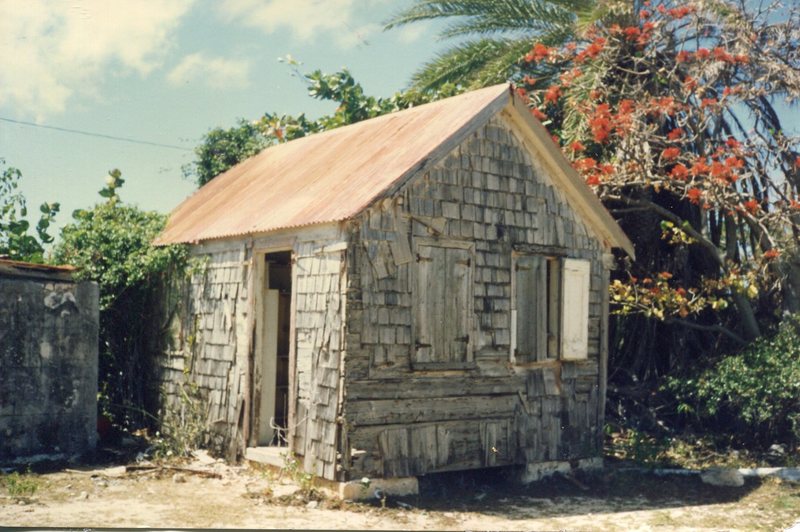 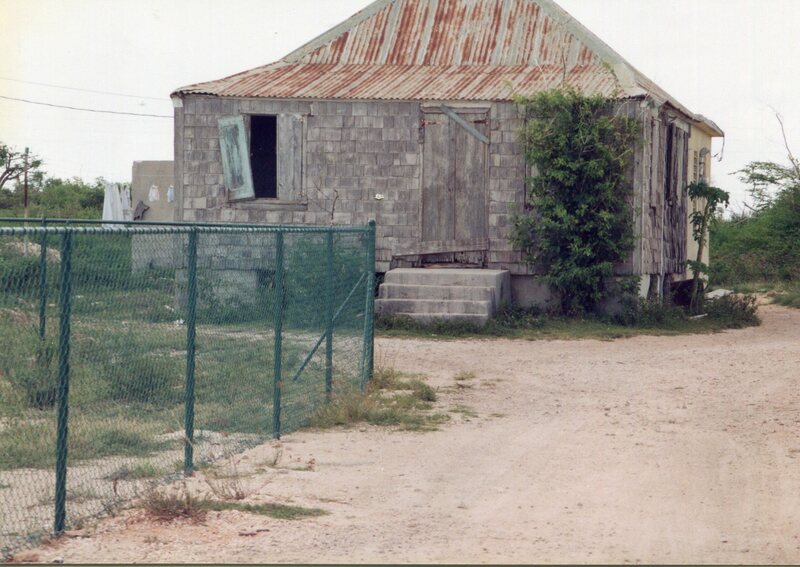 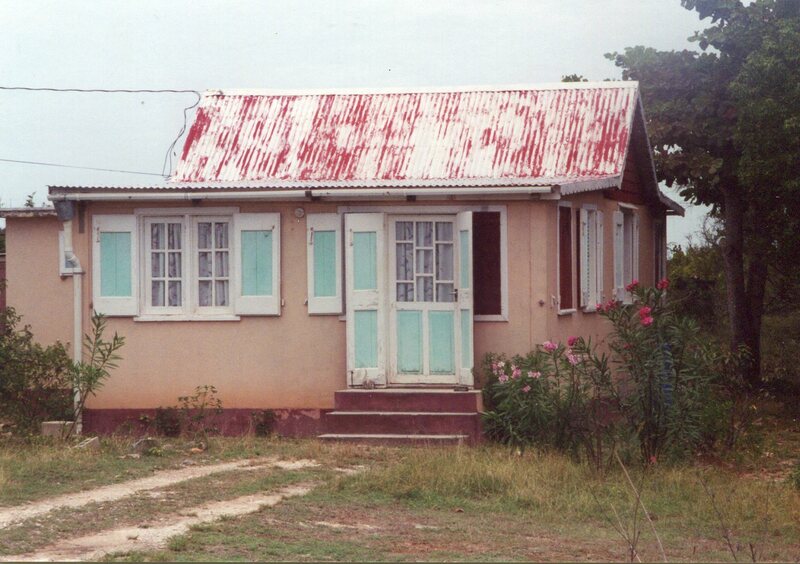 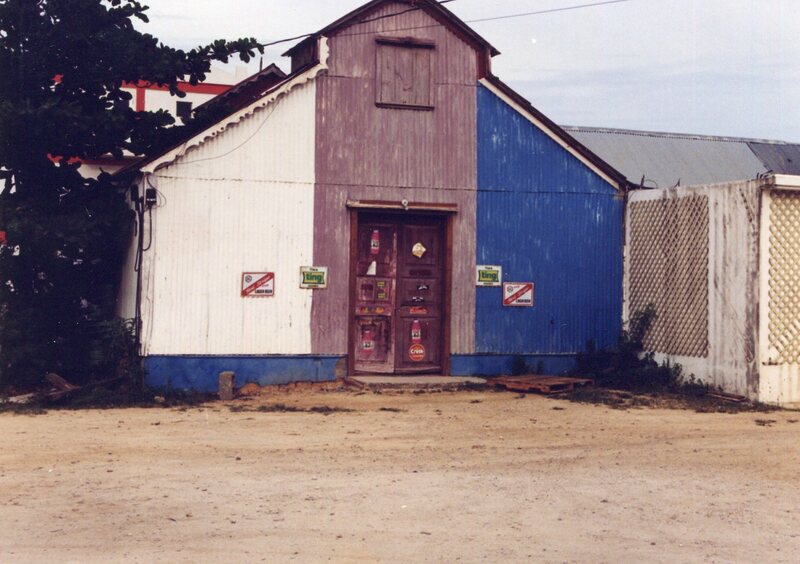 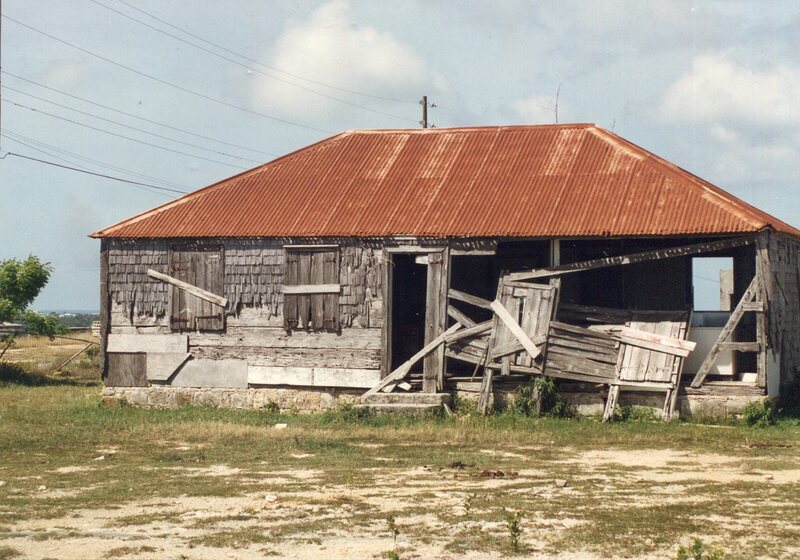 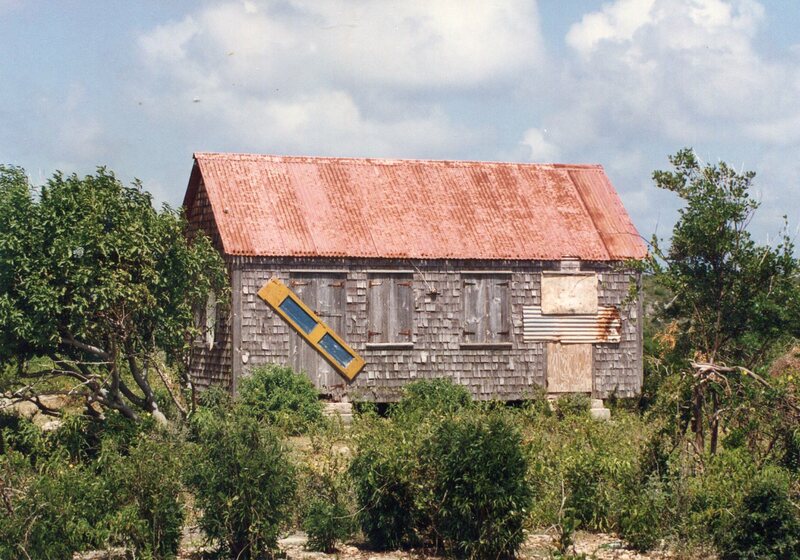 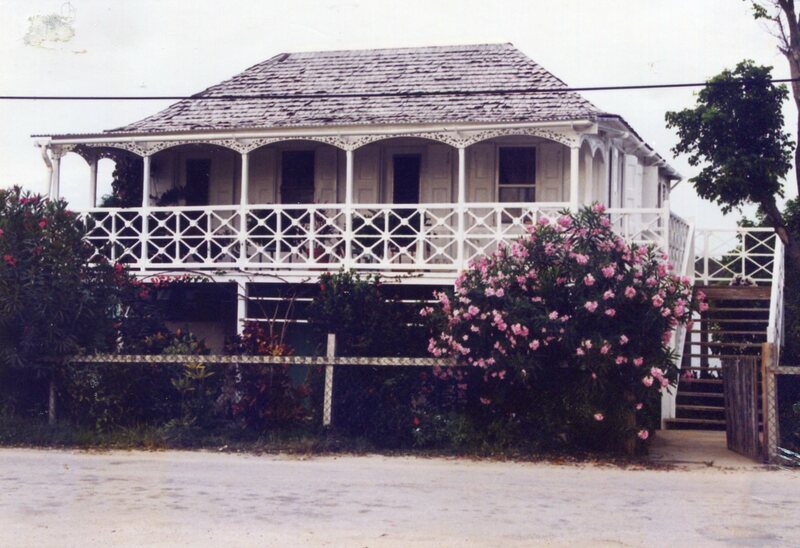 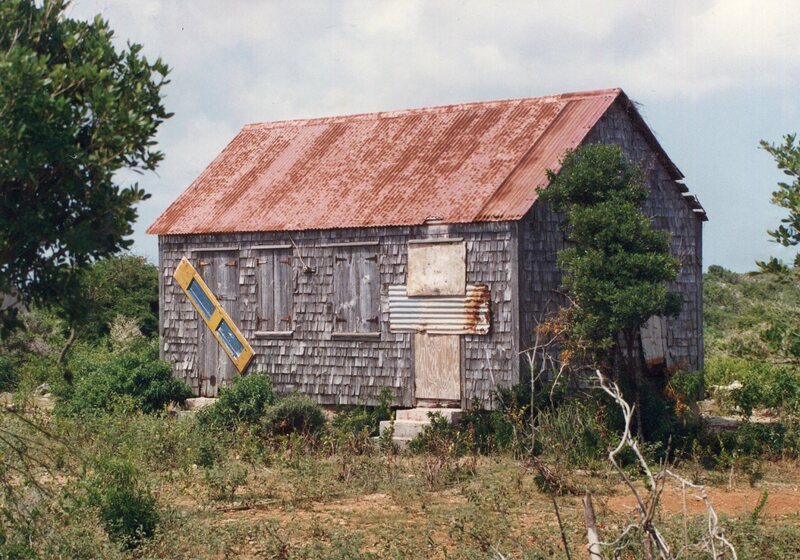 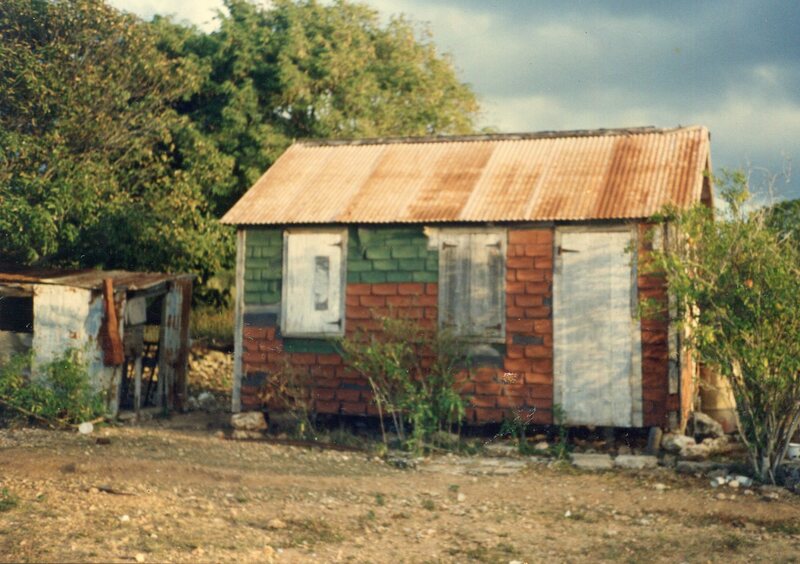 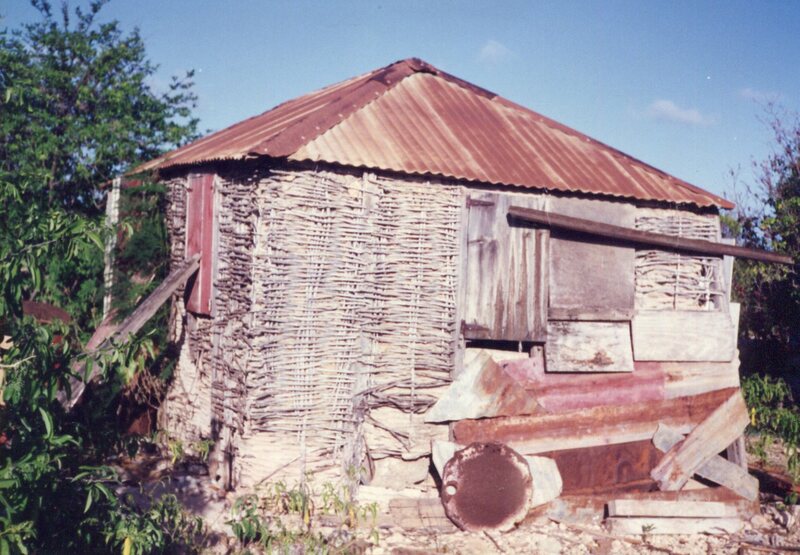 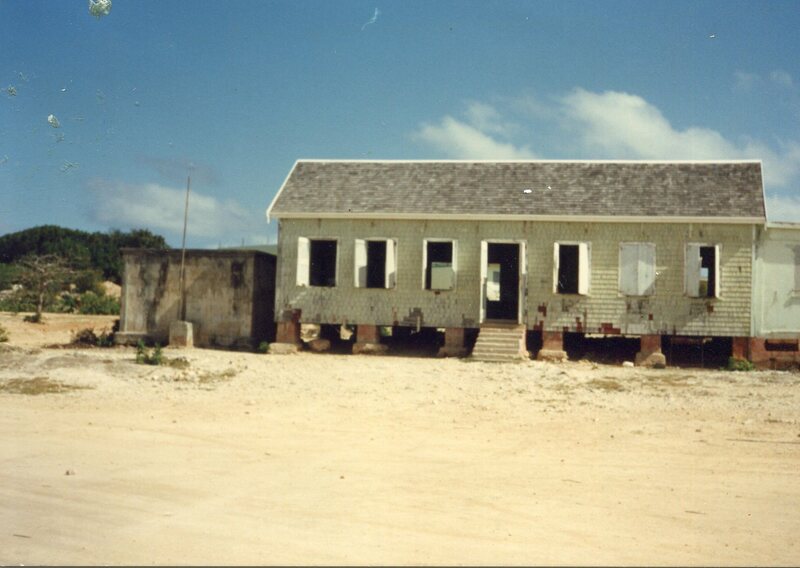 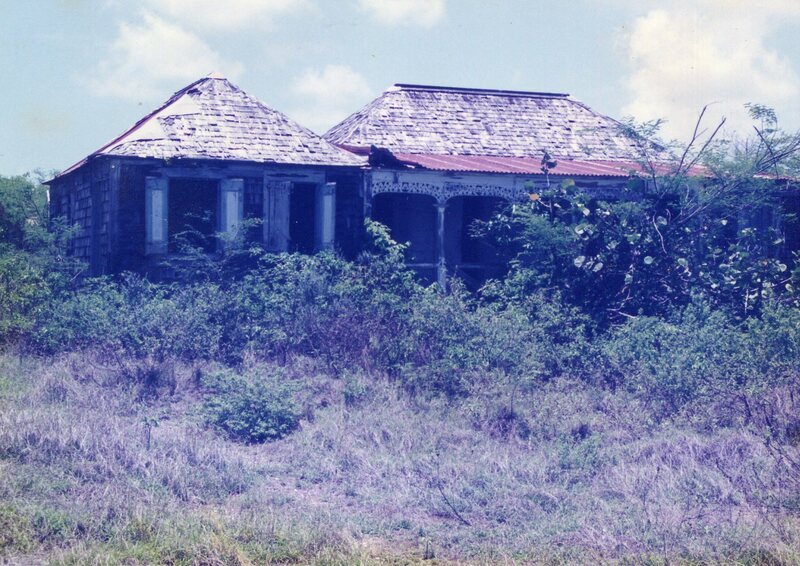 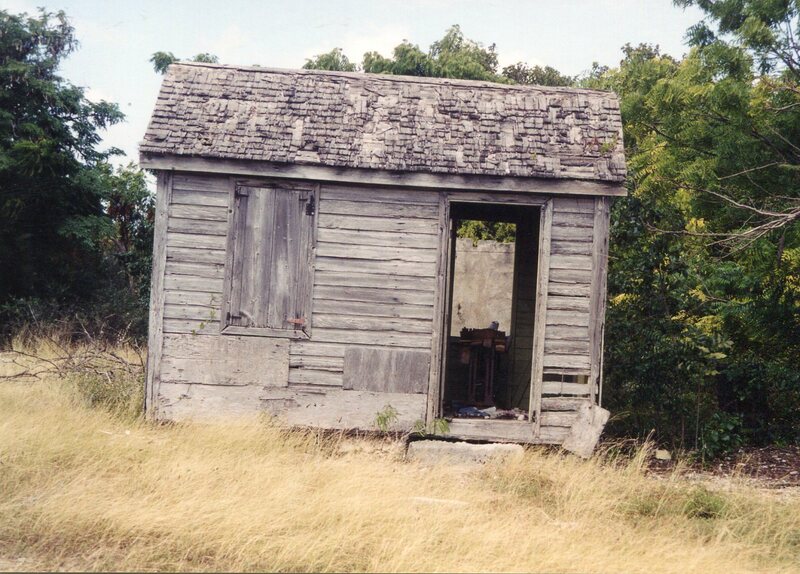 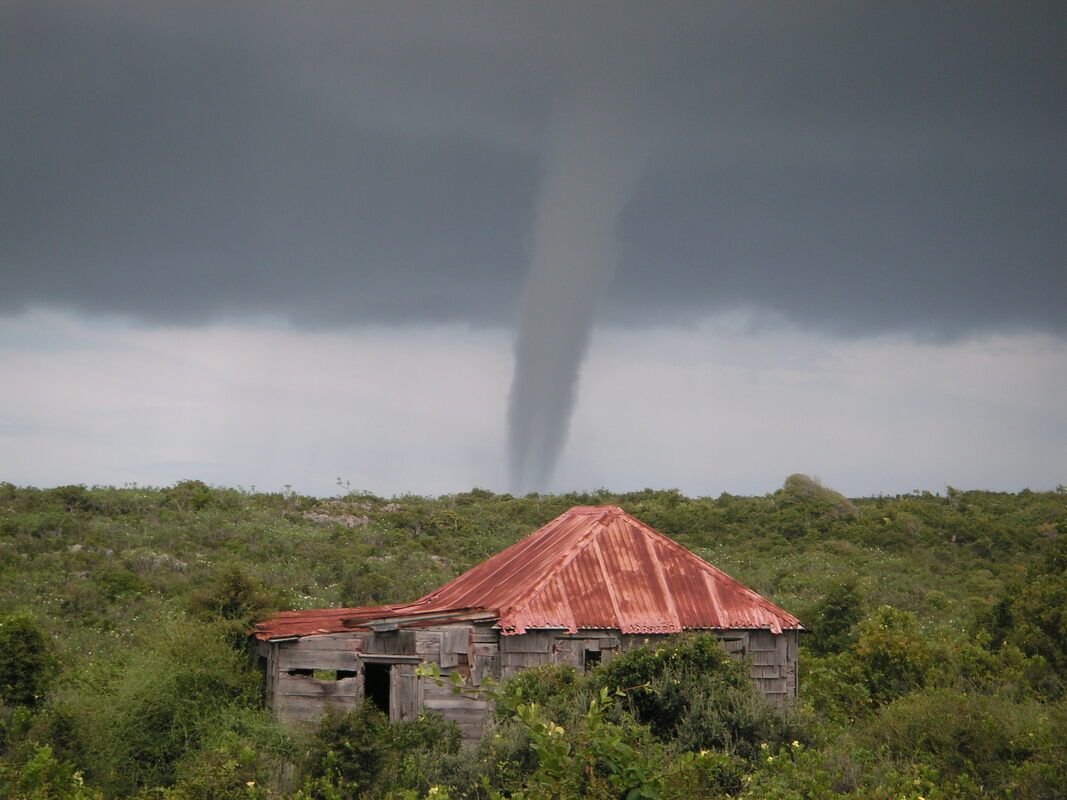 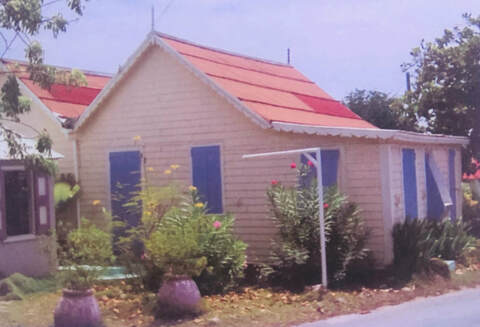 Rose Cottage, is a good example of a traditional Anguillian House
Architecture in Anguiilla can be compartmentalised into a few easily recognisable eras. Little if nothing remains of the prehistorical Arawak architectural era, apart from a couple interesting wooden models of a long house and a round house, giving us an idea of how they built and lived.

The first really recognisable era then becomes the early historical one. Interest in Anguilla began as early as 1609 but little, if anything, remains of the earlier settlements. The most important of the remaining historical monuments from the basis of our knowledge of the architecture of that time. The majority of these buildings were constructed between the late 18th and earlier 19th centuries, and a range from small domestic dwelling to the imposing Wallblake House.

The designers and builders if the most humble to the most noble of these buildings took into consideration nearly all of the most significant storm protection ingredients. A properly structured and constructed timber building is one of the best types of buildings for both hurricane and earthquake zones. Anguilla is in both. The structure moves and flexes and when the wind abates the structure moves back into its original place. All of the older buildings, built from 1800, were constructed in this way and by using the strongest of hardwoods, such as lignum vitae and greenheart, with wallaby roof shingles from Guyana on the correct pitch roof – forty degrees – ensured that these buildings remain for our visual enlightenment and all without the benefit of architects.
​
One of the most inspiring of these old contemporaries is Wallblake House. In a recent, significant restoration of Wallblake House much of the existing wooden structure was replaced and repainted in the original wall shutter colours. But perhaps the most important aspect of the Wallblake development and its historical appeal, is not just the main house but the overall grouping of the buildings and their settings which form the complete development. The stables, the kitchen with its wonderful brick cooking place and internal courtyard cistern all the rain water without down pipes. All of this exists exactly as it did when it was initially conceived and is what makes Wallblake so very important not just for Anguilla but for the whole region.

Some of the grandest architectural statements stem from religion playing a significant role in Anguillian society. Although it is not in the same time frame or era as previously mentioned, one of the most interesting and unusual examples of Anguillian religious architecture is St Gerard’s, the little Roman Catholic church that stands in the grounds of Wallblake House. There are a number of late 19th and early 20th century, splendid, robustly delicate examples of domestic architecture of these times throughout the island, among them, the “White House”, owned by Sir Emile Gumbs, in Sandy Ground; the Koal Keel, previously known as the “Wardens Place” in Lower Valley; and across the road, Miss Marjorie Hodge’s complex of two small houses of different times linked together with bread ovens and the old barrel vaulted cistern.
Two structures which cover the commercial and industrial buildings were a great influence on the Anguilla of early period. At the north end of Sandy Ground, between the road and the salt pond stands a group of four buildings dating back to the early 1900s. this was the hub of the salt industry, an economic mainstay of the time.

The factory building, situated across from Wallblake House, was once the busiest centre of trade and commerce. It is not the most imposing of buildings but its place in the evolution of Anguillian society entitles it to a mention in architectural history. It was a general store, it sold postage stamps, it was the cotton ginnery, where the limited supply of cotton was weighed, seeds removed and shipped to England.

From the end of the plantation era to the beginning of tourism development, the island seems to have been in architectural limbo with little commercial, social or domestic progress.

In about 1945 droves of Anguillians, who had worked abroad, came home, bringing with them the architectural influences predominating in places where they had worked. A new kind of house began to dot the landscape, built of pured concrete walls and frequently gable ended with galvanised roofs. These became known as the “st Thomas house”. It was not, however, for another ten years that the concrete block was introduced into Anguilla and in another style, the “Aruba House”.

After tourism became major economic influence in the 1980s, Anguilla became rapidly known as an up-market destination. Since then, the island has seen a continual increase pf, not only elegant hotels but also of unique homes.

This development has, naturally, taken place on the coastline, with its views of the neighbouring islands. Finally, as the island progressed, local, commercial development took place. This can be seen in the expansion of our two indigenous banks, Caribbean Commercial Bank and the National Bank of Anguilla (Now merged and known as National Commercial Bank of Anguilla LTD.) being two of the most prestigious buildings in The Valley.

It is natural that this pattern of development will continue in all fields of domestic, commercial and tourism expansion and it is hoped, to the same high standard, mostly seen today. This will ensure Anguilla continues to rank among the best places to live, work and relax.

"There is no future without a past" 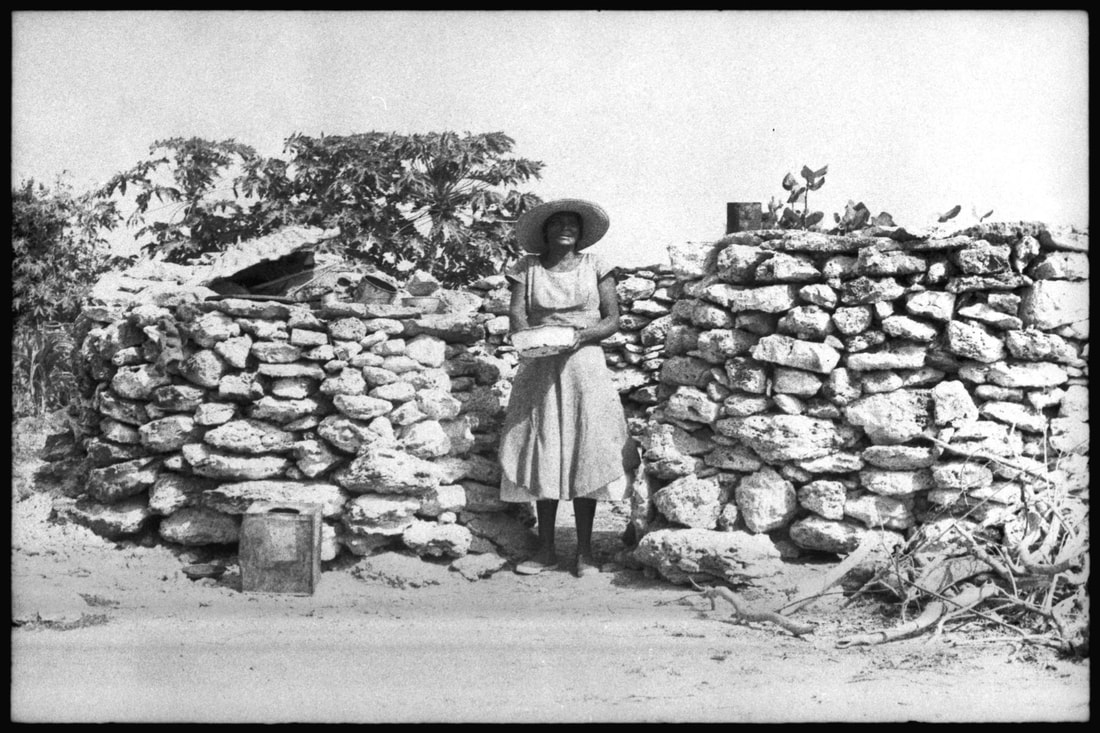 "There is much work to be done; Anguilla's heritage continues to be threatened.
Our built heritage is slowing being degraded by environmental impacts, by development, by economic realities...to name a few.
The guardians of our heritage are passing away one by one and with them traditional knowledge that once lost, cannot be retrieved and so must be preserved."
- Jansie G Webster , President (AAHS)